The interviews with Interview Edwin Maher (another one) and Gilbert were aired by CCTV1 and 4, on 3 October. The CCTV crew drove us nuts as they kept feeding us wrong times for the airing. They explained it’s the CCTV News that always changes schedule at the last moment. Never mind, the clip is online (as long as this works!):
http://vod.cctv.com/video/VIDE1254567477000457 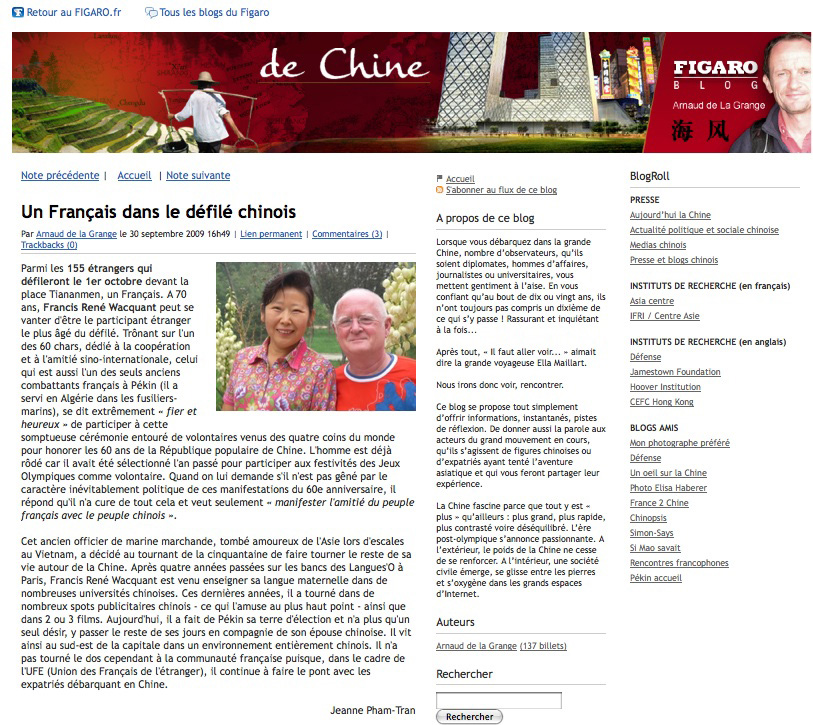 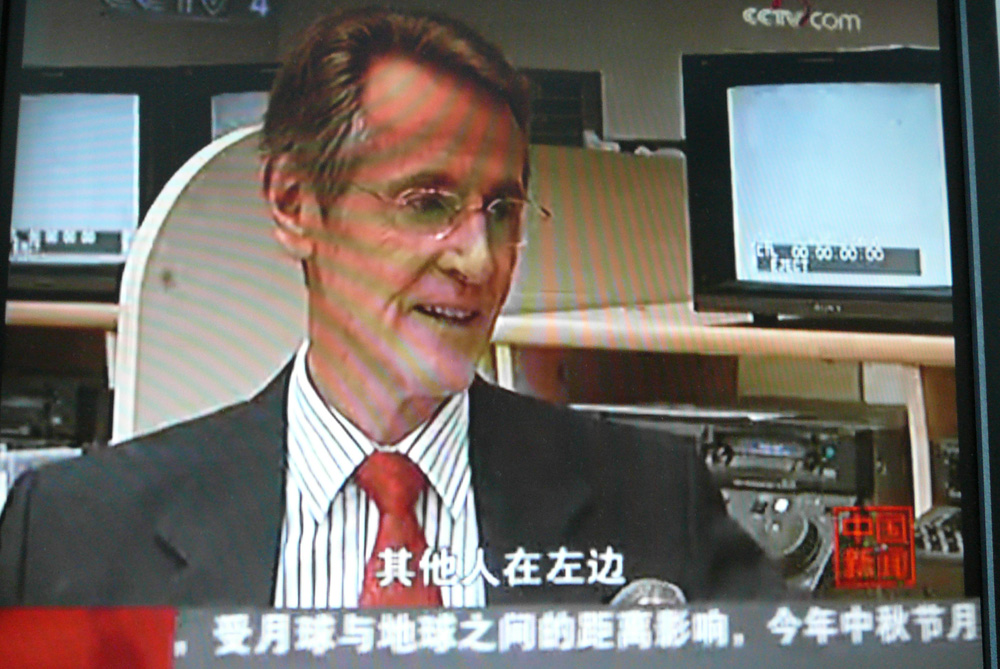 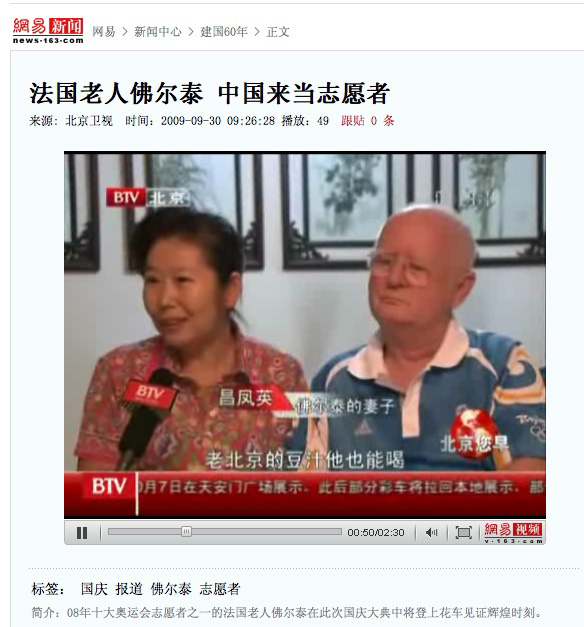 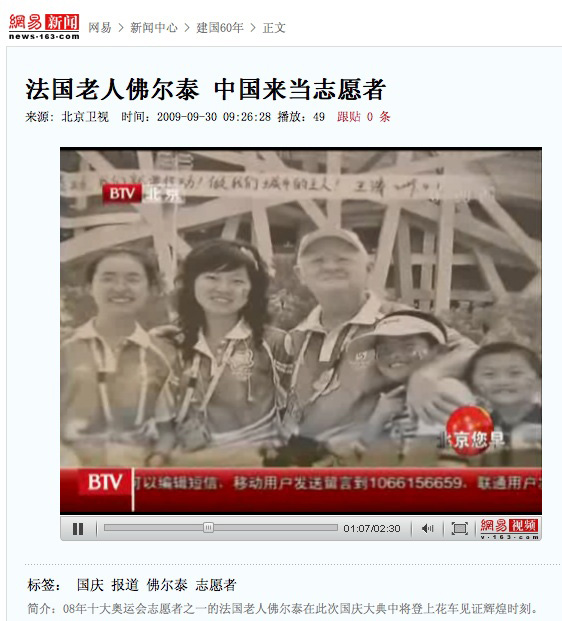 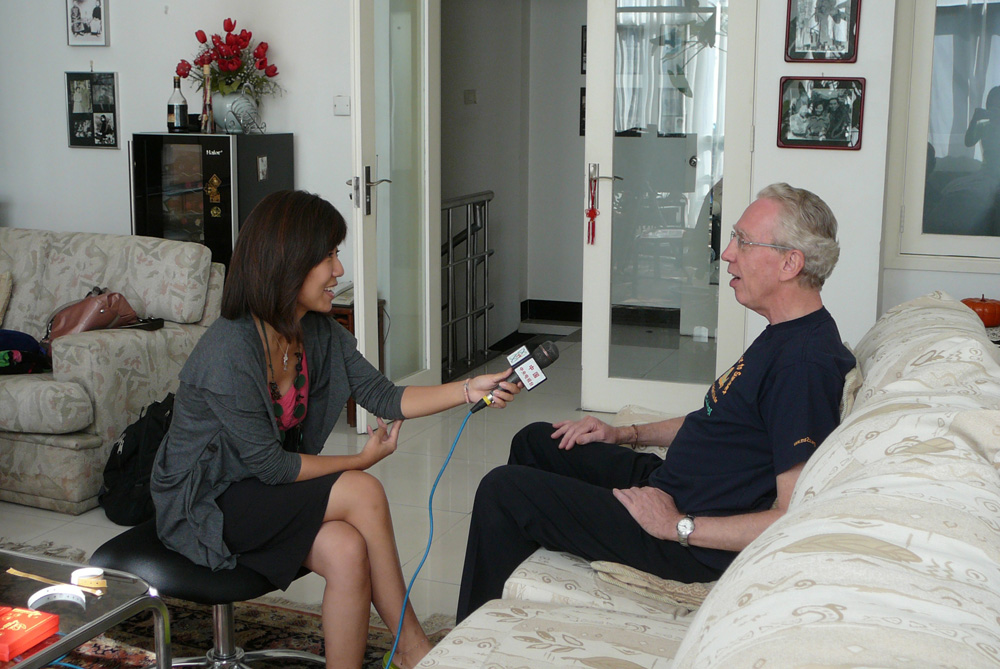 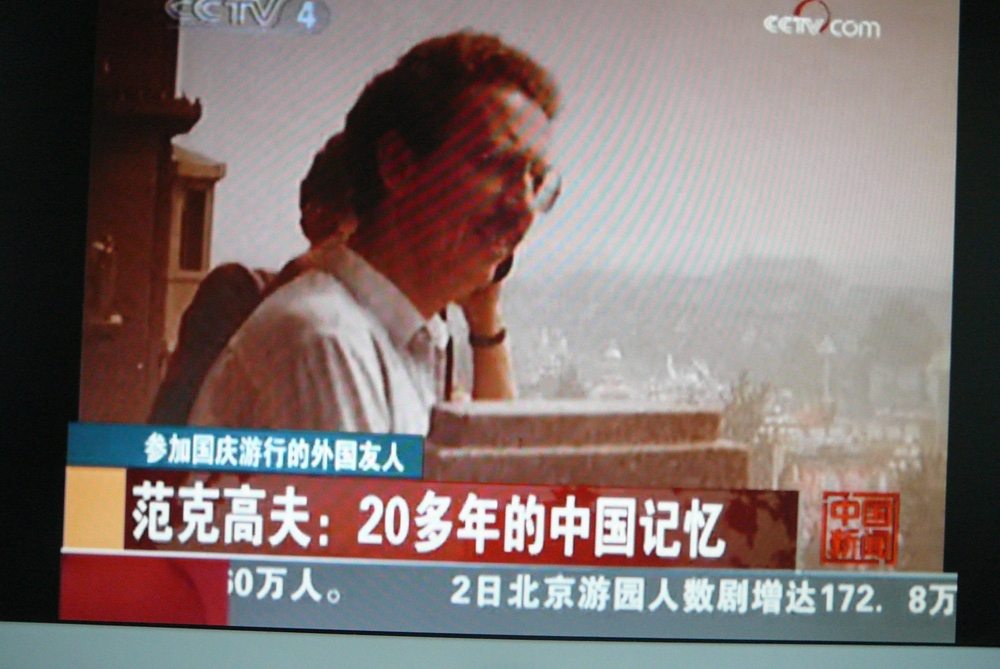 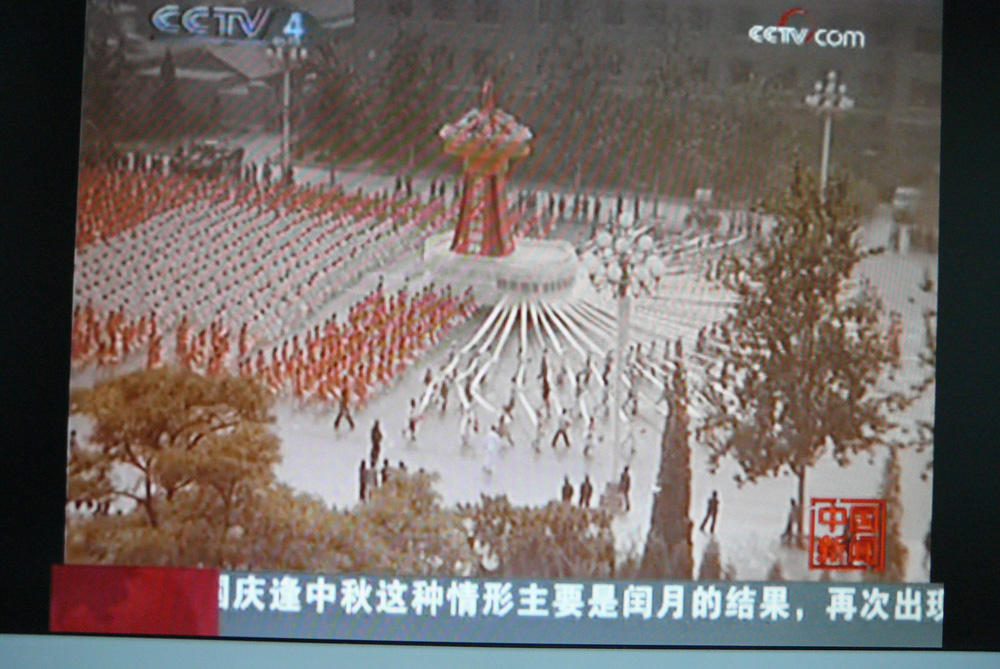 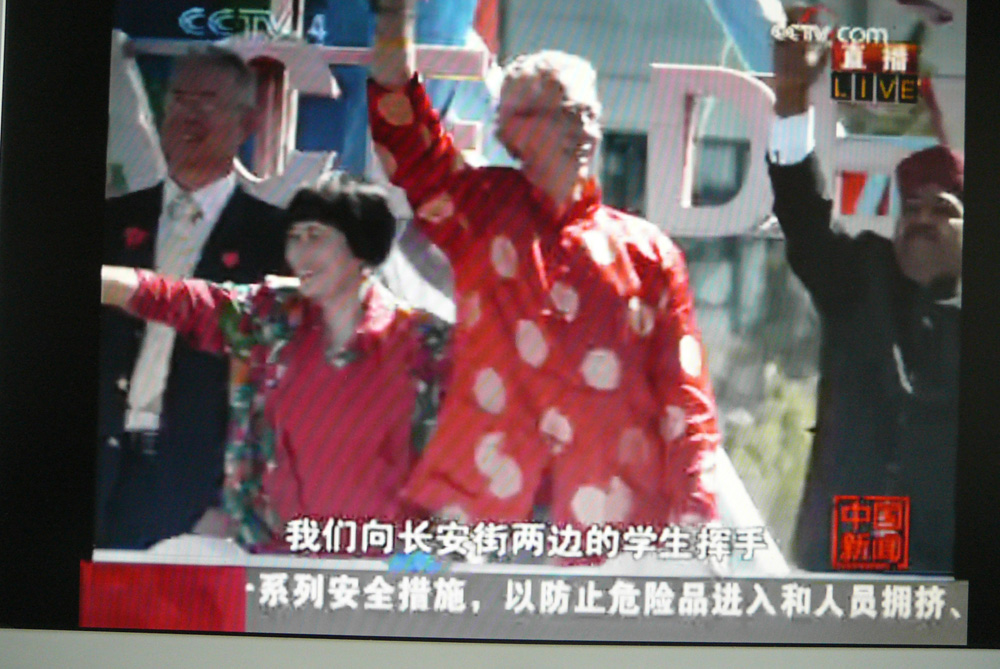 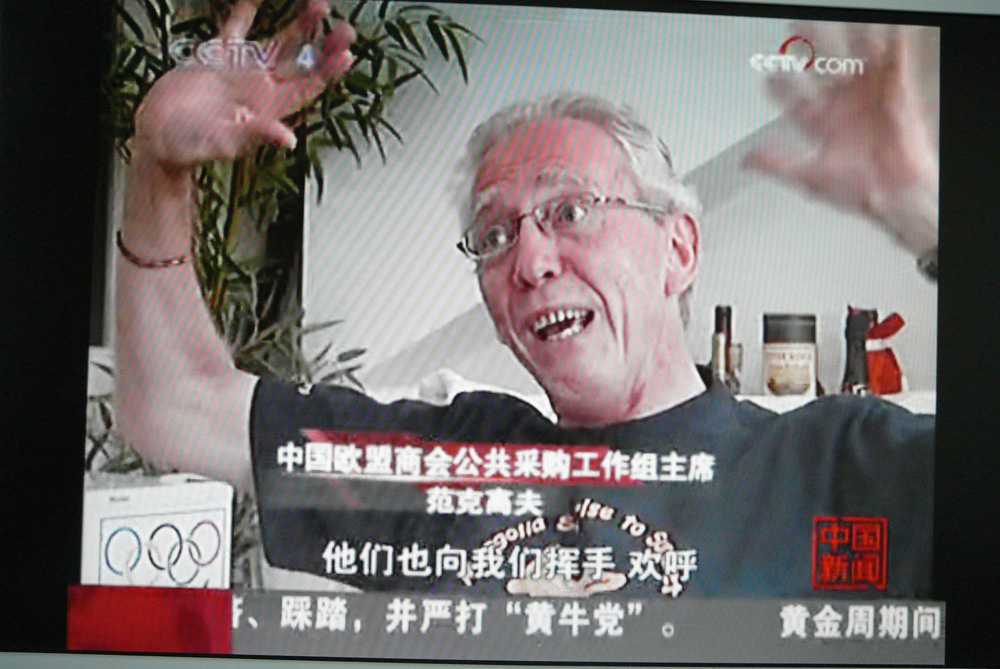 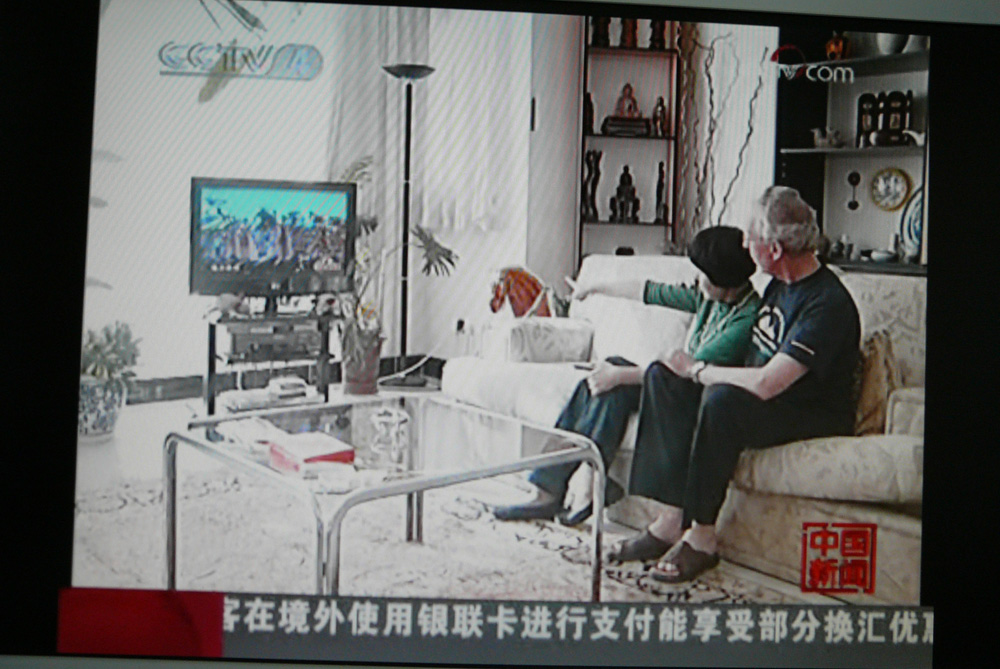 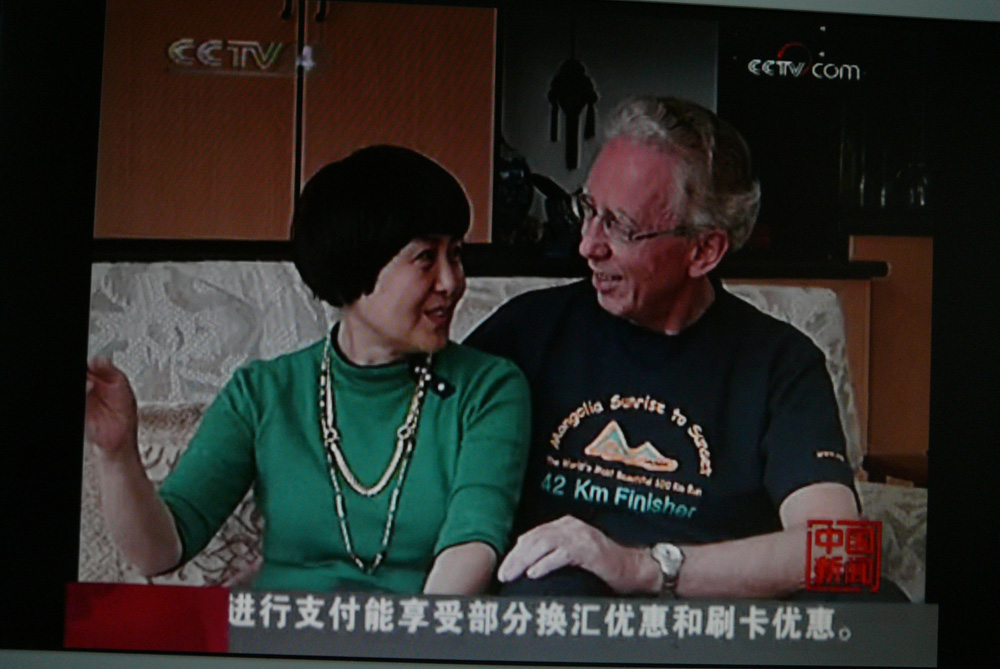 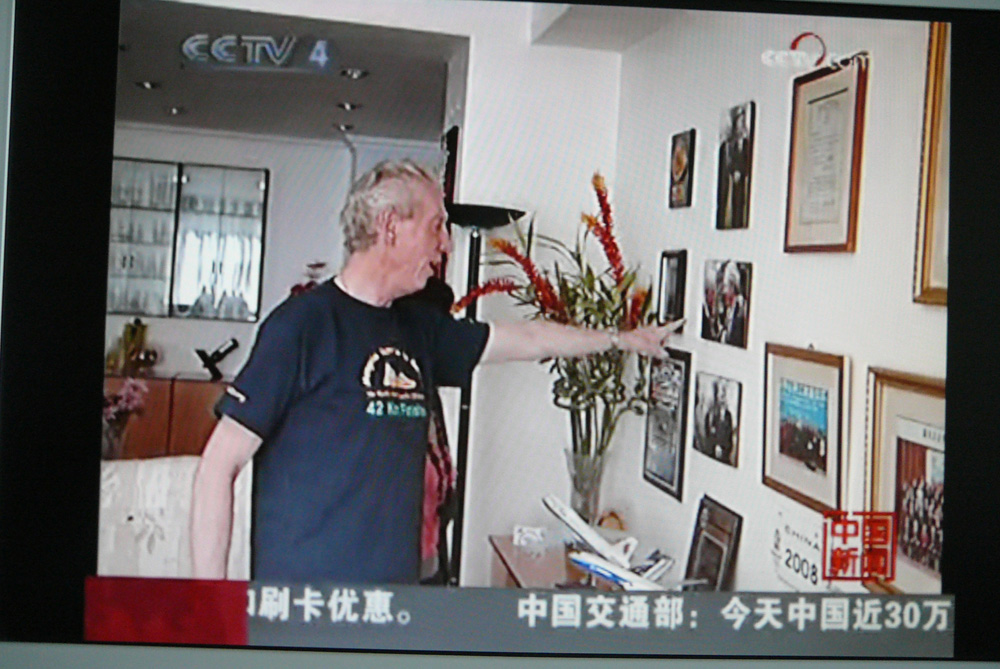 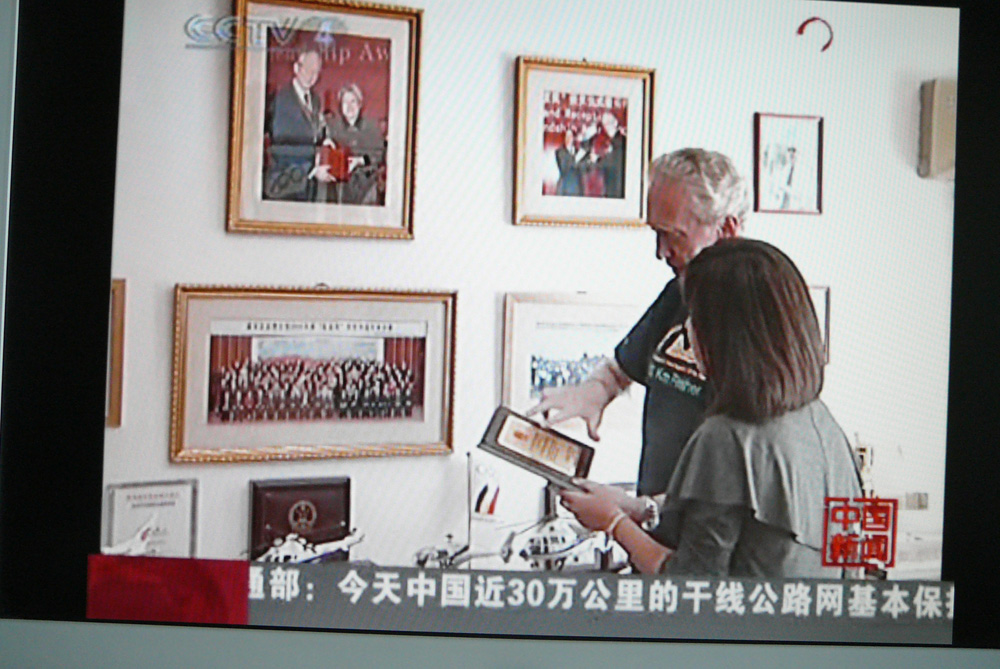 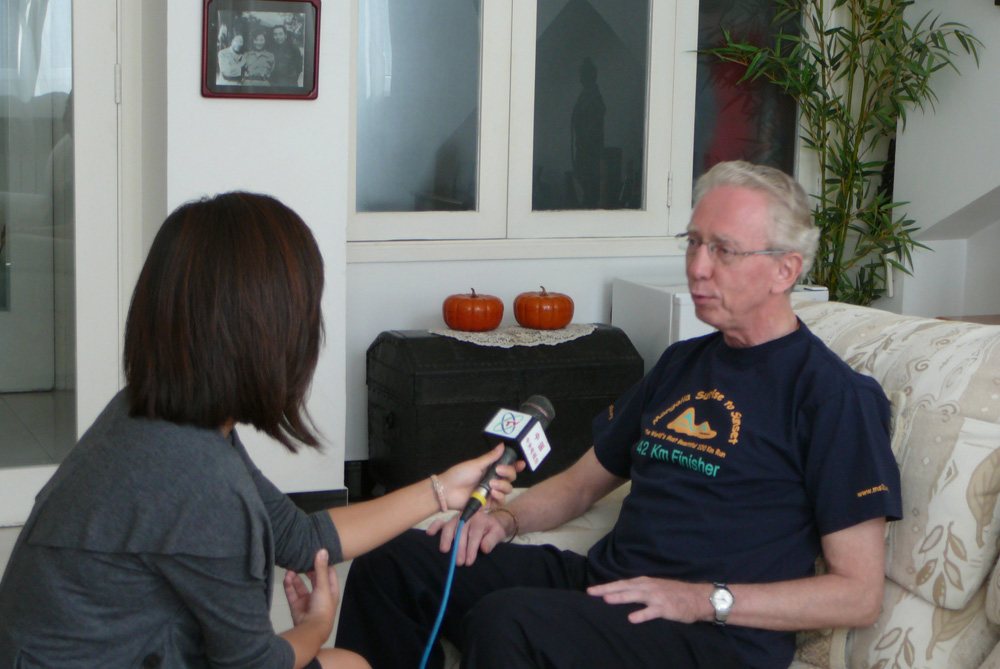 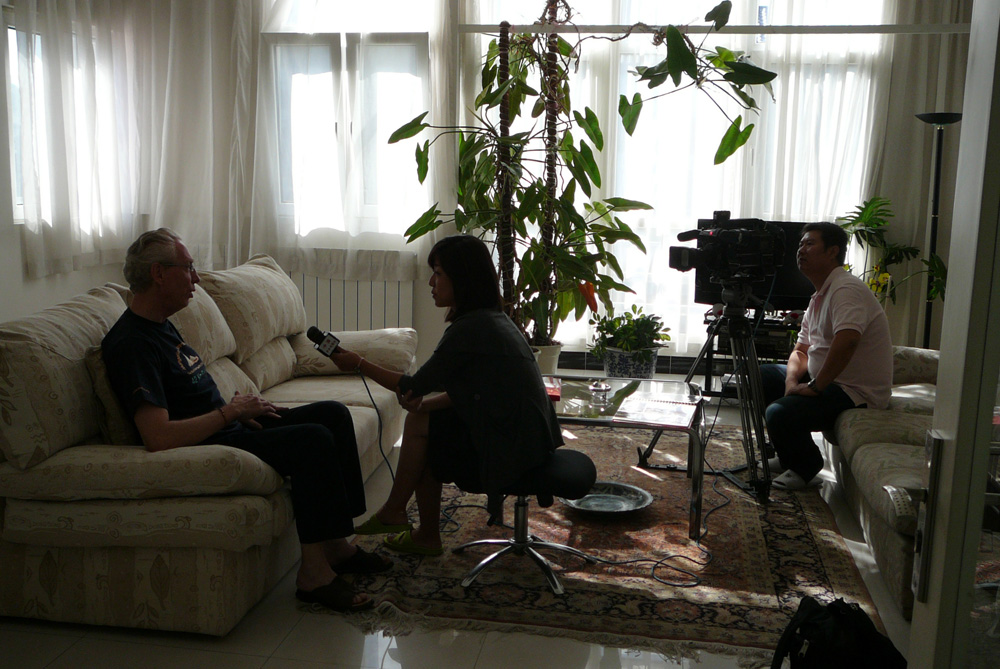 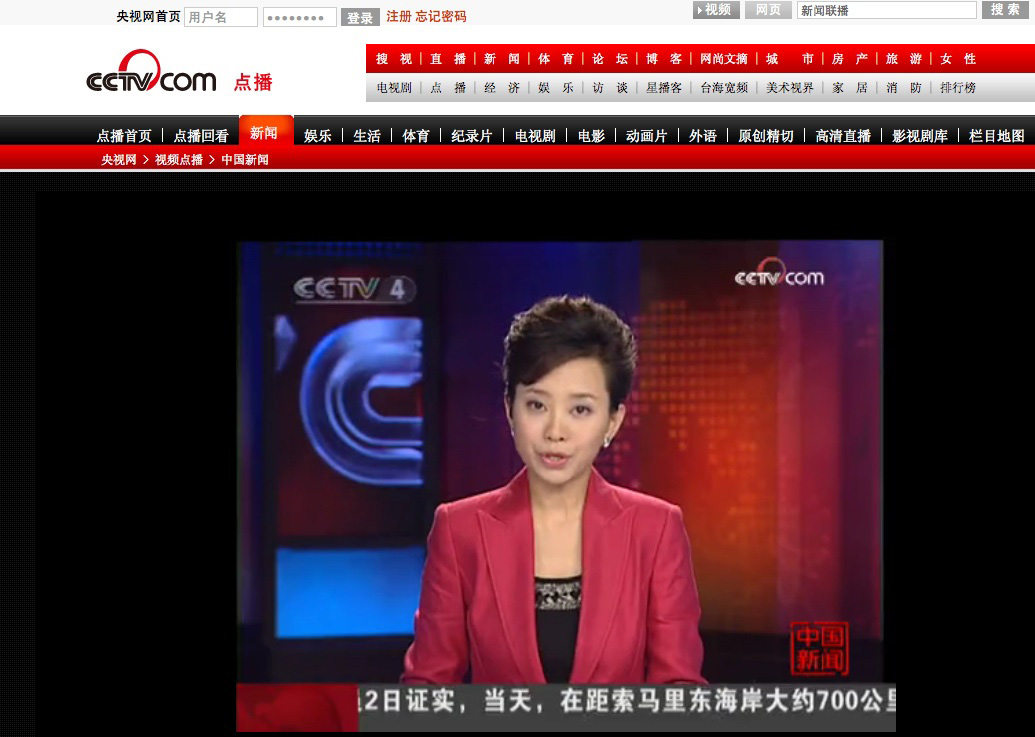 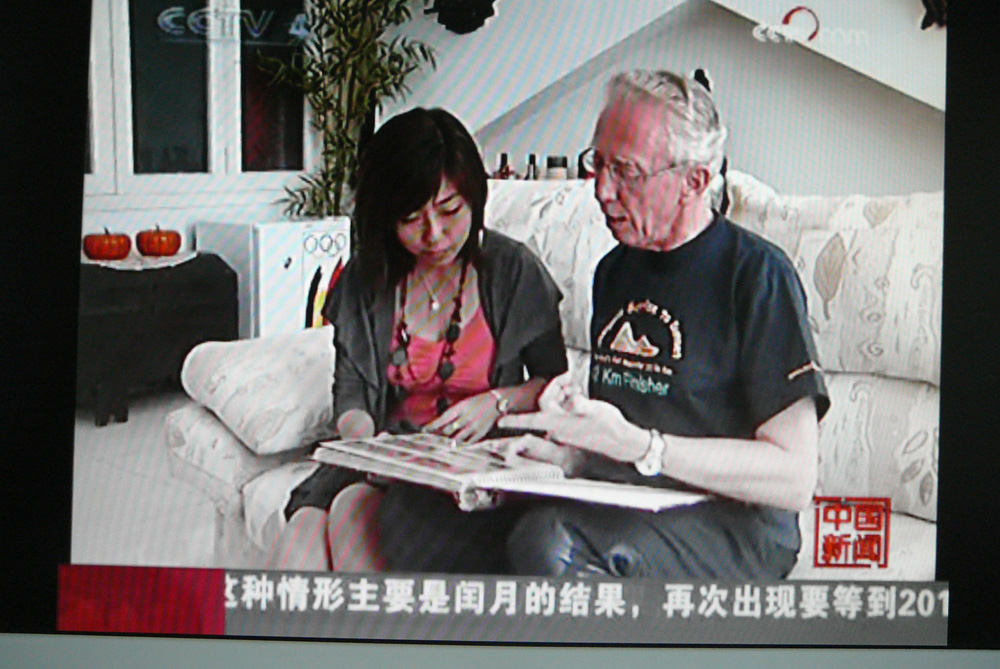 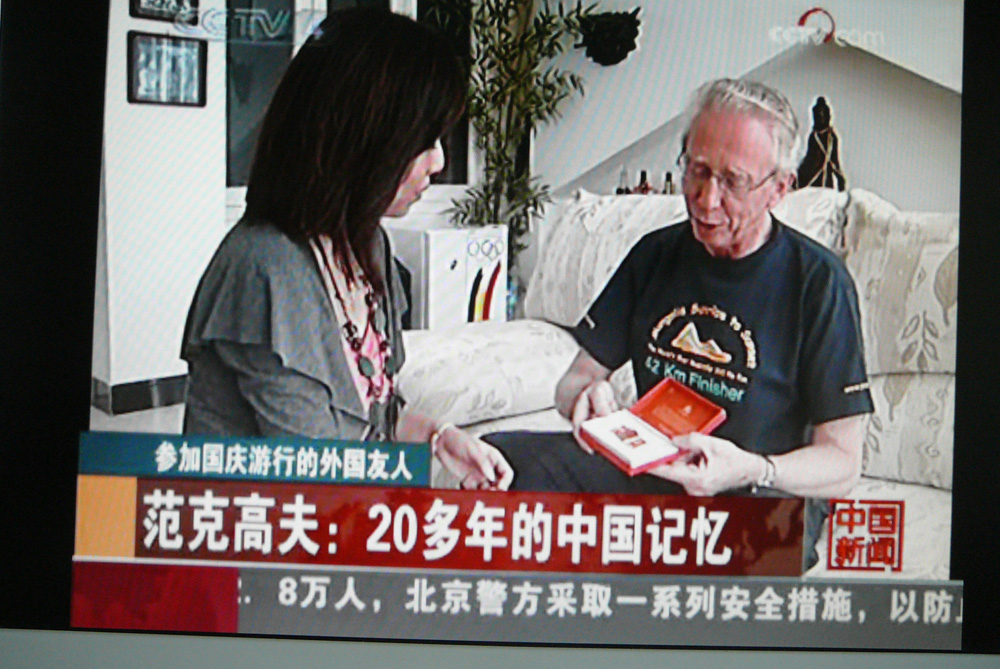 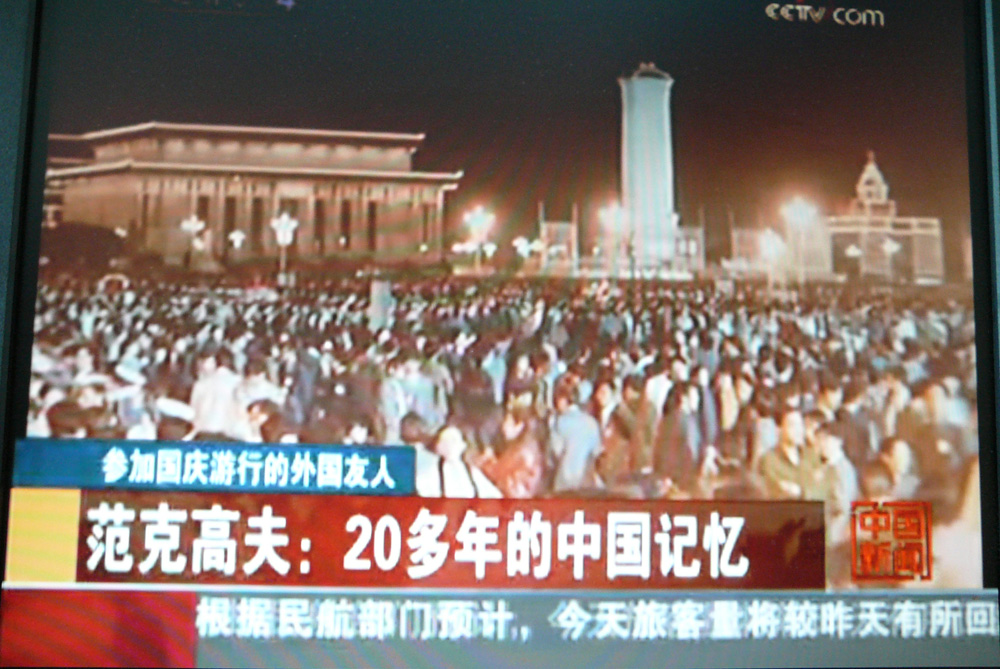 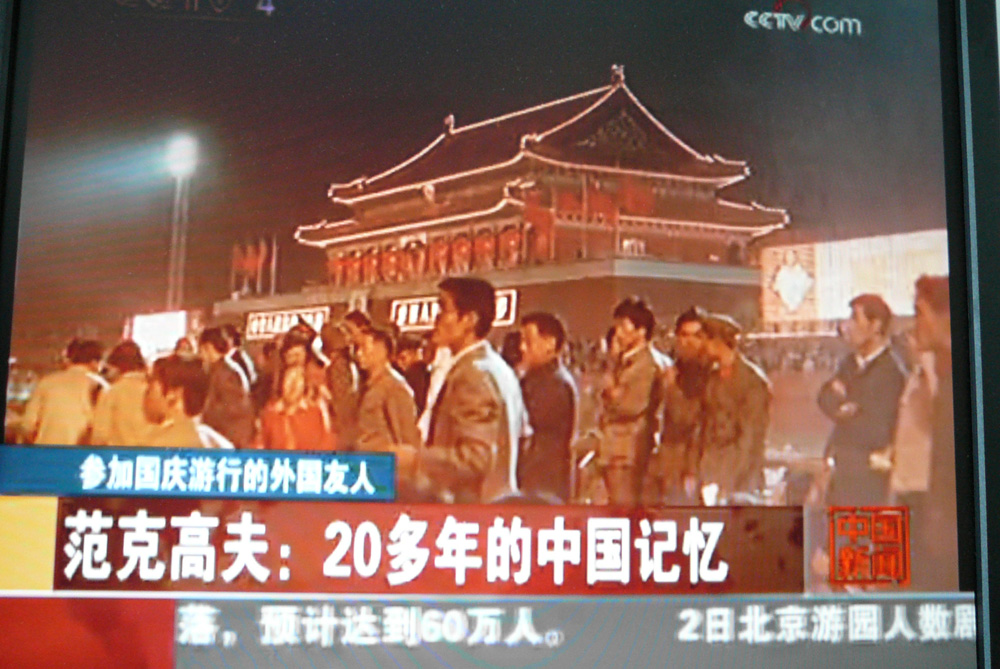 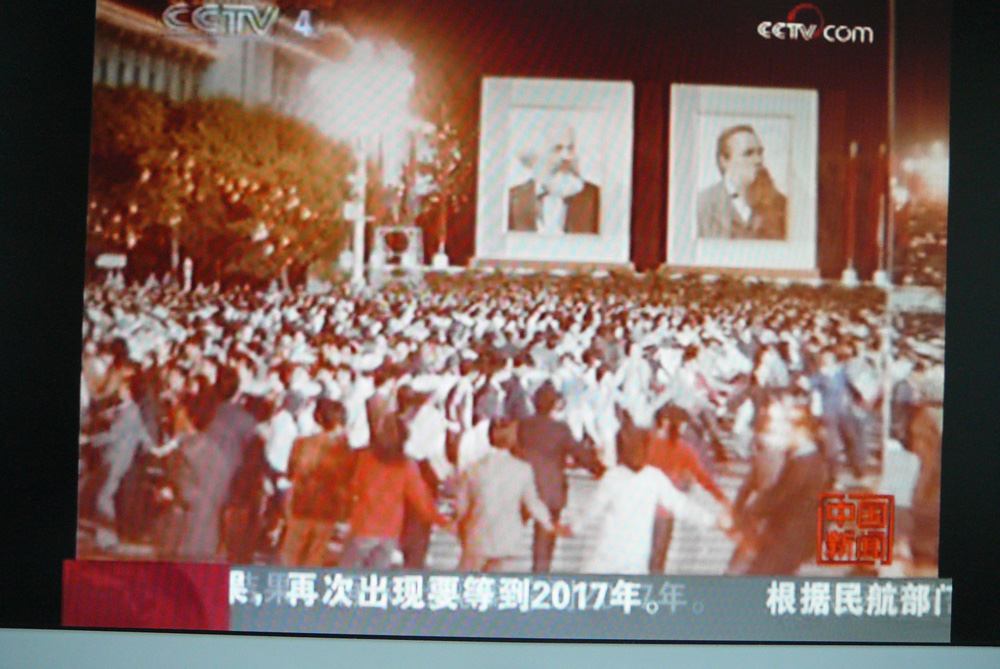 We were interviewed at home. CCTV was most interested in my old picture album with the rather rare pics I took of the Parade of 1 Oct. 1984 (from my office at Beijing Hotel) and the fireworks on Tiananmen Square the same evening. I still have to scan those… All the pics showing a parade and fireworks are from 1984. Included a MUCH younger Gilbert reviewing the troops from his balcony (till he was shot by a PLA sniper).
Another “star” is Francis Wacquant, with his interview on BTV and the articles on Le Figaro:
http://blog.lefigaro.fr/chine/2009/09/un-francais-dans-le-defile-chi.html
http://v.news.163.com/video/2009/9/M/S/V5JH3J7MS.html
(see the pic)
As for the article in China Daily dated 2 Oct. see here the screenshot in PDF (click to download):
091002chinadaily.pdf