Wu Bangguo, the outgoing chairman of the National People’s Congress Standing Committee, said in his last report to the legislative body that it would do everything it could to resist erroneous theories and reject Western political models. He also said, China’s political system “reflects the nature of China as a socialist state and ensures that the people determine their own destiny”.
A typical piece of crappy statement, China has become an authoritarian capitalist country, controlled by the richest club of politicians in the world. With no system of checks and balances, no separation of the 3 powers, disrespect for the rule of law and non-enforcement of its constitution, what model is that? Socialist? “People” determine their destiny? They mean, people = vested interests of the billionaires. We really hope the new team will bring much expected changes. Mr. Xi Jinping, we cross fingers for you.
Meanwhile, the ever more strict censorship of the media demonstrates the lack of confidence in their own system. The more they censor, the more they admit their weakness and incompetence. Little by little the Chinese netizens are getting enough of it. If you have nothing to hide, if you are confident, you are transparent.
I then still like more what Wen Jiabao says, like in his March 13 report.
He frankly acknowledged 11 failures, the most prominent and frequently criticized, being a growing wealth gap, the deteriorating environment, an unbalanced economic structure, unsustainable growth and increasingly rampant corruption among officials.
“Social problems have increased markedly, and many problems in the areas of education, employment, social security, medical care, housing, the environment, food and drug safety, workplace safety and public order affect people’s vital interests. Failing to persuade my children not to do business [in China] is a significant mistake of mine. It’s my biggest regret in life.”
Wen also admitted that other areas of his premiership were unsatisfactory, including dealing with petitioners and immigrant workers and curbing corruption inside China’s medical system, the report said, according to SCMP.
The jury is still out on Wen Jiabao, I am more reserved to make a swift evaluation on whether he was the perfect actor or he was sincere in trying to make China a better country. I always paid attention to his statements – they made at least sense and seemed visionary at times.

Cup noodle fans should think twice when booking holidays in the Maldives, according to several Chinese travel agencies. Some luxury resorts have stopped providing Chinese guests with hot water to prevent them from skipping meals and room service in favor of cup noodles.
One even allegedly coined a new interpretation for “CN” – the acronym of “China”: cup noodle, as reported by the SCMP.
Another complaint is that Chinese tourists sometimes cook food in the water heaters (including crabs) and ruin the heaters.
Chinese tourists often fail to try out any “foreign food” preferring the (bad) cup noodles. They should learn to eat other food. Just imagine I stay here in Beijing and refuse to eat Chinese “ugly food”, accepting only Belgian fries and steaks, and of course a Camembert. How insulted the Chinese hosts would be. I am now more Chinese than the average Chinese: I love all the different cuisines here, but Chinese stick often to “their” food only and can be so damned fussy (I am from XYZ and we don’t eat rice, spicy food, beef, etc.). Things are changing slowly, as I see the many Chinese now eating out in Western restaurants (and visibly enjoying it). But we still have too many “farmers-eating-noodles-only”. Many Chinese have really closed minds for other cultures.

Actor Jackie Chan says it’s time China got tough about upholding the law. The actor comes regularly in the news for his remarks, his frequent advertising stunts and even being seen using a military car.
At least here Jackie Chan is right (he made a similar remark years ago that I quote in my seminars). As Chinese people generally speaking have zero respect for laws and regulations, only enforcement works. Singapore, with all its ethnic Chinese had no choice either and became a police state. As I explain to first-time visitors to Beijing, if you want to understand Chinese mentality, forget Confucius. Stand at a traffic intersection, see how people have no regard for anything. Including throwing trash through their car windows.
Beijing has a new law prohibiting smoking in restaurants. While most foreign-managed restaurants respect the regulation, just walk into most other bars and restaurants where Chinese smoke as much as before.

“Chinese billionaire: ‘People with lower education levels should be prohibited from giving birth'”
Chen Guangbiao sparks outrage on internet, 05 March, 2013, by Chris Luo (SCMP)
http://www.scmp.com/news/china/article/1179512/chinese-billionaire-people-lower-education-levels-should-be-prohibited
Chen Guangbiao is a typical example of the odious “new rich” generation, looking down at fellow Chinese, not giving value to what those “uneducated” contribute to society (who is “servicing” him and his family?), bullying others. Recent scandals with those new-rich show a real ugly side of the new Chinese society, not even to mention how they behave in traffic. I feel very sad for this trend. it gives China a poor and undeserved image. Mr. Chen, I really despise people like you while I always try to be friendly to the “fuwuyuan”. And yes, let them have children.

When one reads the following: Representative Paul C. Broun of Georgia, a former physician (whatever THAT means) said “Evolution, embryology and the Big Bang theory are lies straight from the pit of hell”, what can one expect from U.S. politicians?
We are in the 21st century, I thought. He joins a list of complete morons who say horrors like that. Well, some people elected them, so, they got what they wanted.
Fortunately, some others are more civilized.
I guess Broun does not believe men stepped on the moon too.
The Chinese government may at times be very annoying but some U.S. politicians suddenly make us feel good to be in China. 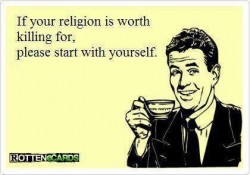 He surely reminds me of some other extremists. Dangerous people.