All candidates up for election in the European Chamber of Commerce in China are capable and merit our vote. I am supporting Daniel Albrecht for vice president EUCCC simply because he stands up to do more for SMEs, an often neglected crowd in the Chamber and in top-level meetings. Mats Harborn is another strong candidate.
See here all candidates:
http://agm.europeanchamber.com.cn/beijing/#candidates

After being an active member in the EUCCC since 2014 I decided to run for the position of Vice President of the European Chamber of Commerce in China (EUCCC).
This is the first time I run for a position on the Board of the EUCCC. I see this as a chance to bring fresh ideas and new energy into the chamber as a board member.
Through my professional experience in Beijing I have become familiar with problems affecting European SMEs such as general legal issues as well as IPR matters. As a small company I have encountered also the difficulties of working in China, being very different from issues faced by multinationals. For SMEs it is more difficult to get support from officials or other institutions due to a lack of a proper lobbying. My clients have been based in several European countries so I am familiar with their different needs and requirements.
I have more than ten years of China experience. In the past I worked for different Chinese and foreign law firms. I have been a member of the EUCCC since 2014, being active in the SME, IPR and CSR Working Groups. Since 2016 I have been helping the China SME IPR Help Desk as an external expert.
In my work for the Chamber, I have devoted myself to write comments and articles for the position papers and other publications and to try to contribute substantial input to change national regulations.
As a Vice president and advocate of the European SMEs I will focus on:

Daniel Albrecht, German attorney at law, married with a Chinese wife and has a 14-year -old daughter. As an attorney for more than ten years, he is a trusted lawyer of several embassies. Daniel used to be the founder, as well as a lawyer of DA-Legal, after practicing law in Germany, Japan and China, now he is running his own company, Starke, in China since 2014. With more than ten years’ experience in law area, especially in Chinese Law, he also acts as the external expert of EU China IPR SME Help Desk since 2016.  Daniel has not only lots of work experience but also a number of academic experience in Law Field. Having experience as an invited lecturer in universities in Germany, he is now a guest professor of Civil Law of China University of Political Science and Law (CUPL) since 2016. During his career in law, he has published several articles aiming e-commerce, IPR and other law issues in Chinese, Japanese and German magazines.
Daniel also devotes himself to voluntary works. He had been the president of the China-German-Business-Network since 2009 to 2016. From 2015 to 2016, he was the president of the Rotary Club of Beijing. Daniel is also active in different chambers of commerce in China, of which related mostly to SME topics and activities. He always has enthusiasm for organization works and willing to exert efforts.

The impact of the new law

That event was one of the first to point at the myriad of problems and questions raised by the new law that will take effect on 1 January 2017.
Being deeply involved in the Rotary operations in China I have been following very closely the whole story of that law as well as for the new China Charity Law (took effect on 1 September 2016). There is too much to be said to report here. My point is that many NGOs still underestimate the impact it will have on their operations, forcing many to close.
Contrary to what many think, we are not here worried about NGOs that operate in sensitive areas such as politics, religion, human rights, democracy and so on, being in a covert way or none.
The concern is for NGOs that do a lot of charity, are involved in improving the lives of many Chinese and alike. Many of those will have to close down operations as it looks like. 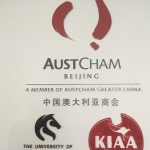 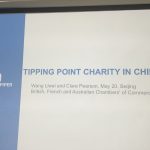 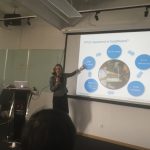 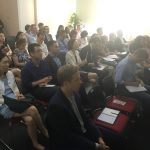 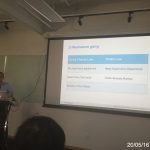 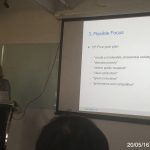 I am still pretty concerned on what will happen. It is at any rate one more sign of China closing its doors, never mind the naïve who don’t see it or simply don’t understand what is at stake. China very much follows Russia for this matter.
How will Rotary survive this in China? It might be classified as a “Social Organization”, an entity to be under the supervision of the Ministry of Civil Affairs and being managed with its own law. The Foreign NGO Law appoints the Public Security organs as the supervisory party. Good luck with that.

In a talk to the Beijing Rotary Club, on 19 May 2015, Richard Margolis of Hakluyt (Singapore) and former CEO of Rolls-Royce China explained his views on how China has fundamental weaknesses in developing the latest generations of airplanes and airplane engines. Basically I fully agree with him.
PICS
There are structural reasons why they have failed to catch up and risk to keep falling behind. First of all, the airplane sector is too much in control of the government and all is done through SOE companies where positions are still politically dictated. This is also true in most government institutions what explains why China might sometimes do well but misses the boat (or the plane) when long-term planning is one of the keys for success.
The bosses appointed at top positions are normally party members who look at the position as one more stage in their political career, and typically they stay there for five years before moving on, so they hope, to a more important political position within the party system. This contrary to the West where a CEO looks this position as one to hold on to and in itself a career fulfillment. So, in China those executives will be worried of taking the wrong decisions and want to see that whatever they chose to do must show positive results before they move on to another post. That is obviously not good for long-term development.
That also explains in part why in China the outcome is more important than the process. That is also related to another major weakness: not to provide a working environment where staff members can alert the company when they feel something is going the wrong way. In a sector such as aviation technologies it is imperative to rigidly control the quality of the process all along the way, and not to cover up weaknesses or errors along the production chain as well as R&D.
As I have seen in many SOE, one is not supposed to let out a comment that shows “something is going wrong”. As a staff member, you notice but you rather tend to shut up.
As the private sector cannot really enter this sector on the one hand and has not the accumulated expertise and knowledge base to develop long-term costly R&D, catching up is as good as impossible with companies such as Boeing, Airbus, GE, Rolls-Royce (the engines company, not the automobile one). As seen by Richard, the gap can only increase.
Some may point to some successes by China in the space projects but as Richard explained – those sectors are in fact much easier than for example developing new generation planes and engines.
As long as China does not change the way it runs those SOE and does not allow more openness for the engineers to give the vital feedback and suggestions, that will remain a problem.
Companies like Haier, ZTE and Huawei may score well but those sectors are technologically easier, demand less development efforts and … do not put humans in danger if something goes wrong.
See also this recent news article:
Maiden flight of C919 passenger plane delayed
The maiden flight of China’s homegrown commercial jet, the Comac C919, is behind schedule and delivery could be pushed back as much as two years. The narrow-body aircraft, which will be able to carry 156 to 168 passengers and aims to compete with the Airbus A320 and Boeing 737, was originally scheduled to fly by the end of this year. Delivery of the first plane, scheduled for 2018, is also likely to slip, perhaps to as late as 2020. The final assembly of the first aircraft is taking longer than expected. So far the C919 has received 450 orders from 18 domestic and foreign clients.

On 17 March we had Mr. Adam Dunnett, Secretary General of the European Union Chamber of Commerce in China, spoke on “Taking a Stand: EU Business in China”.
I know Adam since more than ten years and I have been working with him closely, as the chair of the Public Procurement Working group. What few know, he also played in a band in Beijing…
Adam started the talk by examining how his own upbringing shaped and later after many years of dealing with China confirmed his beliefs in compassion, understanding of others and taking a stand in his actions. He also observed the changing sentiments in the West of China’s rise since 2000. China’s economic take off in the 2000 was first treated as a phenomenon, and with incredulity. However with the Beijing Olympic and financial meltdown in the West after 2008, the West started to treat China with awe and China’s miracle was regarded as “supreme”. China’s mode of development was coveted with glowing praise. With China’s GDP now down to the “new normal” of 7% and protectionist measures erected against foreign companies, the West has started to view China’s recent policies with caution and frustration, which in turn has fueled a new “stand firm” attitude among foreigners in their dealings with China. Mr. Dunnett urged all business and individuals to take a stand on what they believe in and not compromise their beliefs when it comes to China.

Adam urged the foreign businesses operating in China to take a stand on three areas: the removal of the industry catalogs; the signing of an EU-China Investment Agreement; and relaxing of the internet and digital censorship in China. Despite the recent announcement by China on the expanding of the industrial investment catalogue, the catalogue was in fact more restrictive for foreign investment, because the government had opened up industries with little or no interest for EU companies and in areas of overcapacity; it put more restrictions on industries with higher margins. China now ranks the 54th place in investment restrictions in the FDI Survey out of 54 countries. The negotiations of EU’s investment agreement with China are aimed at gaining more market access for EU companies and thus require the support and involvement of business. The recent tightening of the internet censorship had hurt foreign businesses’ digital and research development. This negative impact has been further aggravated by the recent government decree that all banks are required to procure domestic made IT equipment, which would not only jeopardize the banks IT development but also cede to the government valuable client and bank’s data.
Overall. Adam gave a well balanced overview, with a sound dose of sarcasm at some point…
Rtn Gilbert thanking Adam on behalf of the club.

On Tuesday 10 March the Rotary Club of Beijing had the privilege to welcome Bert Hofman. Bert, a Dutch National, is the World Bank’s Country Director for China, Mongolia and Korea in the East Asia and Pacific Region, based in Beijing.
See the full report here: http://www.beijing1980.com/?p=2022