On 22 December 2019 I was invited by the Beijing Global Talents Exchange Association for their yearly event at the Friendship Palace (Friendship Hotel). Good to meet several old friends, including Michael Crook I had not seen since … 2009.
Also pictured: Song Peng and Ding Zhifeng (Executive President and Secretary General of BGTEA).

We first had a buffet dinner where I met several familiar faces…
The event was immediately featured on CCTV4, and the clip was shown on screen.
Fu Han was one of the hosts and performed with Mark Levine.
Ding Zhifeng gave a (long) report on the BGTEA activities.

BGTEA (Global Talent Association) is short for Beijing Global Talent Exchange Association is registered in Zhongguancun, and approved by the civil affairs department as a national organization. Under the strategy on developing a quality workforce, BGTEA aims to facilitate exchanges and cooperation of talents, technologies and high-tech projects, develop an innovation-driven country and offer intellectual support for progress.

BGTEA was initiated by 7 institutions, including Beijing Normal University, Beijing Keda high-tech Ltd., etc. Since the foundation on March 30th, 2015, We have made many achievements, gathered experts on global talents exchange and high-tech projects, reserved a bunch of overseas elites on science and technology.
Website: http://www.talent.org.cn/public/index.php/index/en/index

I am member of the (Foreign) Advisory Committee of Experts.

This year delegations of BRITF visited Paris and Minsk.

I could not attend myself but Sun Bin took part. Our experts Jean Marsac and Martine Garreau from Paris joined, along with others.
See pictures of the 6 April and 18 July visits. 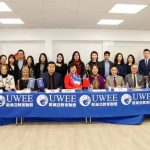 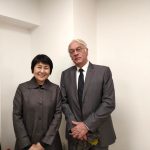 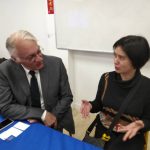 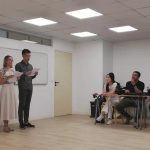 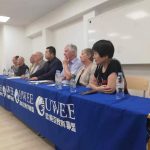 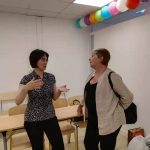 The Ministry of Health of Belarus hosted the “One Belt and One Road International Medical Higher Education and Industry Development Forum” hosted by the Belarusian National Medical University. The French expert team led the group of European domestic medicines to gather in Minsk on 21 October 2019. Our experts Jean Marsac and Martine Garreau from Paris joined. Yan Fei from Beijing represented UWEE. 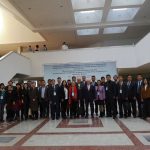 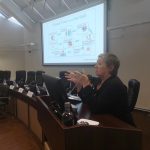 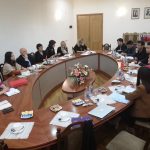 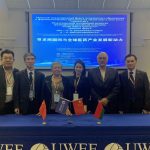 For the official announcement and more pictures: 191021UWEEMinsk

Setting up our team of experts

More here about the BRITF setup and experts (See here about BRITF), we had several meetings where experts were added to our team.
Dates were 4 January, 19 March and 11 September 2019.
The names mentioned are not the complete list as other Chinese and foreign experts have been appointed on several occasions, such as in Paris and other cities.

Most of the meetings take place in the UWEE offices, near the beautiful Xishuku Cathedral.
See the program. Every expert made a speech to comment on his added value.
At the inauguration ceremony, Gilbert Van Kerckhove was elected as the rotating chairman, and Michael Graham, Harvey Dzodin, Mark Howard Levine, William Spiers, David Feng and Edwin Charles Maher (absent) were elected to the Standing Committee.
Mr. Wang Lishe of China International Talent Exchange Foundation thanked BRITF Office and UWEE for successfully hosting the event.
The original report in Chinese with a rough English translation: 190104 BRITFsetup
See pictures of the meeting

In this meeting, again next to the cathedral, Renaat Morel, Sydney Parmenter, Danial Albrecht, and Faddy Fadel (Dean of the American Business School in Paris) received their appointment letters from Gilbert Van Kerckhove and Yan Fei.
See some pictures of the meeting:

During the meeting Gilbert Van Kerckhove and Yan Fei handed over the certificates to the new experts of the team, (Ms.) Mary Ho, Danny Lingham, (Ms.) He Bingxin and François Bernard.
The team of experts consists of representatives from many countries such as Belgium, France, Germany, USA, UK, Singapore, Switzerland, New Zealand, Australia and other.
See here the pictures: 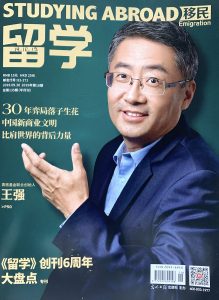 As announced earlier, the Foreign Expert Committee under SAFEA was set up in September 2018, see here. The China International Talent Exchange Foundation was mentioned but other organizations are involved.

To clarify all the different names, see the following document: 190511 CITF-BRITF

Chinese: 中国国际人才交流基金会
See also the following article:
China International Talent Exchange Foundation
2 June 2017
http://en.safea.gov.cn/2017-06/02/content_29589804.htm
The China International Talent Exchange Foundation is a non-profit organization authorized by the Chinese government to provide services and support for international communication and cooperation between talented individuals. The foundation is managed and guided by SAFEA. Its funds, used for that purpose in government departments, enterprises, research institutions, and civil organizations, come from government funding and donations from the public. The foundation is in charge of obtaining, managing and operating the funds, employing foreign experts, organizing overseas trainings, supporting research and development of high-tech industries, and consulting services for international communication. 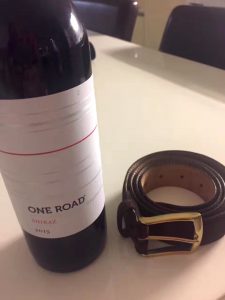 That is another OBOR…

The Belt and Road International Talent Fund (BRITF) – Foreign Experts Committee has as Rotating president: Gilbert Van Kerckhove.
Initially a lot of the activities will be focused of universities and special events.
Recent activities: in Beijing, Shandong province and Zhejiang Province. Later more on those.