I already gave a short overview on the visit. Here my view on the Belgian mission, personal observations.
As I was rather unhappy with the way preparations were carried out and what happened, so I skipped the huge reception in Kempinski Hotel in the evening of 18 November. I did not miss much, too many people, the VIPs too far away, no contact.
Anyway I already had met the Princess, on 5 September 2008, in the embassy. See one of the pictures (in wheelchair Tennis player Marie Annick Sevenans) and a media article: 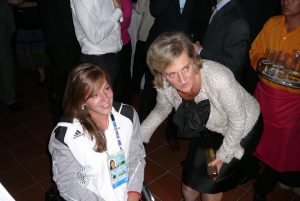 Her Royal Highness Princess Astrid of Belgium, accompanied by Prince Lorenz, will arrive in China for a few days. Her main objective is to attend Saturday’s Paralympic Opening Ceremony and wholeheartedly encourage the 20 Belgian athletes participating in the Beijing 2008 Paralympic Games. The Princess will personally attend the wheelchair tennis competition on  Monday, September 8. Ms. Julie FERNANDEZ-FERNANDEZ, State Secretary for the handicapped, attached to the Minister of Social Affairs and Public Health, will also attend the Paralympics and will represent Belgium at the Closing Ceremony.

And I met earlier Jan Jambon as mentioned, thanks in part to Peter Ritzen.

The hacking story received a lot of comments, some found it to be naive and out of context. Of course we know the Chinese will hack and spy but the “expert” proved to be rather naive indeed. See comment from VRT. 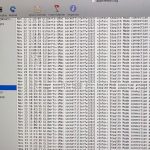 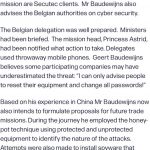 Just curious I checked my desktop (iMac) that is pretty well protected by its firewall and other basic tricks. Yes, there were some attempts of intrusions but overall it seemed pretty lame. See the screenshot.

As for the impact, I have my doubts.

Yes, a mission led by the Princess can indeed open doors and has a positive effect. However:

– Such a big delegation floods the Chinese administration and business world. As a result meetings can be too superficial and unfocused, and done in a rush.
– Many still have unrealistic and naive expectations in this market. A lot of noise concerning a “new platform to import Belgian products such as beer, cookies, Belgian fries and other”. Good luck with that. Many tried, most failed for a variety of reasons I don’t want to explain here.
– The proof will be: let’s see after one year what became of all the “signed deals”.

Preparation of the mission was in my view disappointing. People with proven local expertise were ignored. No further comments.

I was interviewed by Bart Aerts of VRT NWS, we finally agreed on the location: Morel’s Restaurant. I understand the interview would come out in February 2020. 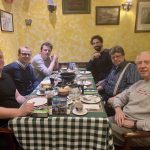 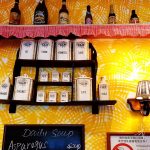 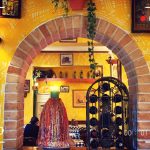 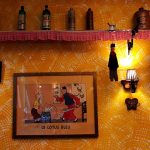