I was invited by Dongcheng District as one of the few foreigners in Beijing to be part of the CIFTIS online meeting on 4 September 2020, 8 pm. The 2020 China International Fair for Trade in Services (CIFTIS) was co-hosted by the Ministry of Commerce and the Beijing Municipal Government and was held in Beijing from 4 to 9 September.

The online meeting was to join the “Global Trade in Services Summit”.
My official name posted was 北京大策略商业顾问有限公司范克高夫.
We were ordered to test the day before. The online meeting also offered English translation (and other languages). We were a total of over 300 online participants. 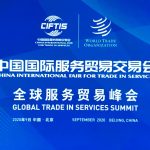 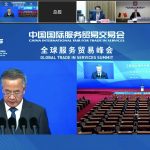 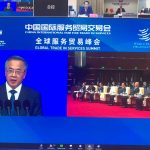 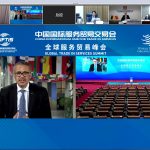 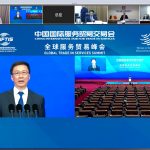 (You can see me in the upper left corner)

The keynote speech was of President Xi Jinping, I noted in particular his insistence on an “open and inclusive environment”.
That was later repeated by Premier Li Keqiang who pledged to develop a better and more open business environment to bolster confidence among foreign investors.
The Summit was featured in many media such as China Daily and South China Morning Post.
See:

4 September 2020 – China pitches services trade fair as proof of ‘unwavering confidence in opening up’ to foreign firms
https://www.scmp.com/economy/china-economy/article/3100142/china-pitches-services-trade-fair-proof-unwavering-confidence
If you can’t use the link: 200904 tradefair

The challenges for the so-called “opening up”

We could not provide feedback or comments during the CIFTIS online meeting, nobody could neither in the Summit.
I wish I could have given my 50 cents of comments to the President.
More about it in a new post. Stay tuned!